Who Gets the House in a Divorce? 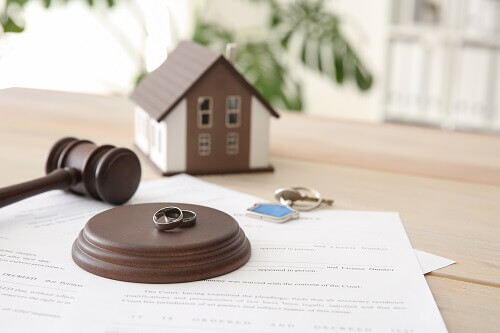 When considering a divorce, people often have many concerns about the outcome of the process. One of them is often the possession of their marital home. Concerns about who will get to keep the home are common and totally understandable. After all, a house represents one of the biggest investments people make in their lives. It also holds the memories of your life, such as raising your children.

It's only natural to wonder how the courts will decide who keeps the house in a Colorado divorce. The truth is, there's no easy answer to that question. Every marriage and divorce is as unique as the people in the relationship, making exact predictions about asset division nearly impossible. Thankfully, educating yourself about the potential outcomes can help you understand what to expect when you file for divorce.

Equitable Distribution of Assets in Divorce

In lieu of spouses agreeing to terms or having a preexisting agreement via a prenuptial contract, the courts will make the decision about how to divide your assets. The laws in Colorado call for equitable distribution of marital assets upon dissolution of a marriage. Equitable, however, does not necessarily mean 50/50 division of your possessions. Instead, the courts will look at a variety of factors in determining what is a fair manner to split your assets and debts.

Unfortunately, if your spouse cheated, that won't have any impact on the court's decisions. Marital misconduct is not a factor that matters when it comes to asset division. Factors the courts will consider include the length of the marriage, the contribution of both spouses, custody arrangements, child support and spousal support ordered, and the economic circumstances of each spouse.

Keeping the House in a Divorce

In some cases, such as when the home was part of an inheritance or owned prior to marriage, the home is actually separate property of one spouse. In that scenario, it would not likely end up subject to division. Other times, even though the home is clearly marital property, the courts will assign the home to one of the divorcing spouses.

Custody of minor children may play a role in this decision, as will the ability of either spouse to obtain a mortgage with his or her sole income. Generally, the courts will require the refinancing of the property, removing the other spouse from both the mortgage note and the deed to the property. The other spouse will likely receive a share of the home's equity or comparable assets in another form, such as a retirement account.

Selling a Home During Divorce

In situations where neither spouse can qualify for a mortgage alone or where neither spouse wishes to retain the home, the courts may order its sale. Both spouses would then generally split the proceeds. It is also common for the courts to order the sale of homes which have very little equity established or where the value of the home is less than the amount owed on the property.

If you have any questions about what happens to your house during a divorce, please contact us now!

Divorce and Credit Card Debt: What Should You Do?