When someone is engaged in a dispute over parental responsibilities (child custody), a DUI charge can have far-reaching consequences. Driving under the influence is one of the most common charges an individual is likely to face in their lifetime. It is possible for anyone to suffer a lapse of judgment, not accurately assess their level of intoxication, and be caught driving when they should not have been.

Can a DUI Affect Child Custody? 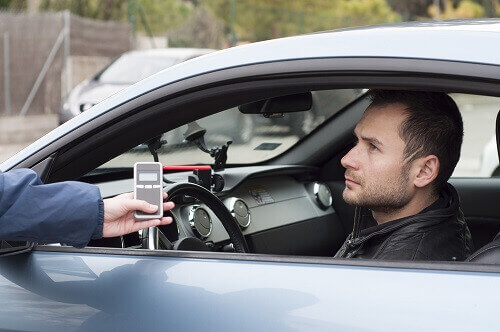 A DUI charge obviously carries potential criminal penalties and potential drivers' license consequences. As important as those consequences are, another potential consequence could be decidedly more critical. Driving under the influence is not a charge that legally requires any action by the court regarding child custody, and a DUI conviction will not necessarily have any effect on a parent's parenting time or decision-making responsibilities. That doesn't mean there won't be any negative repercussions though. There are many things to consider in these cases, and a judge will obviously consider them all.

However, Colorado courts are tasked with determining parenting time and parental decision-making based upon the best interests of the child, and a DUI charge against either parent will, at the very least, raise some questions in the judge's mind that will need to be answered.

The primary consideration for the judge to consider will be the extent to which alcohol or drug use affects the parent's ability to care for a child. If the parent has no prior history of alcohol or drug abuse, the children were not in the car at the time of the DUI, and it did not occur during a time when the parent was tasked with caring for the children, then the charge may not have any major impact on the judge's determinations regarding parenting time or decision-making.

If, on the other hand, the children were present in the car or the parent's alcohol or drug use could have affected his or her ability to care for the children, then the judge will want to take a much closer look at the surrounding circumstances and may order supervised parenting time only, or require some sort of sobriety monitoring in order to ensure the safety of the child or children.

One important factor will be whether or not this was an isolated incident. Any parent with ongoing or serious substance abuse issues may likely face more challenges when it comes to parenting time. If a DUI charge is yet another element in a documented existing substance abuse problem, judges will likely heavily weigh that information when making any rulings regarding parenting time.

Once a DUI charge becomes an issue in a parental responsibilities case, both parents should recognize the decisions that the judge will have to make, and provide whatever evidence they can to shed light on the actual circumstances. The parent facing such charges should focus on demonstrating to the court that this was an isolated event that does not affect his or her ability to parent. To that end, it would be wise for the parent to voluntarily obtain an alcohol and/or drug evaluation and/or voluntarily begin monitored sobriety to be able to create a track record showing abstinence.

Another thing to be aware of is the recent legalization of recreational marijuana in Colorado. The full impact of the legalization of this drug on the work of law enforcement and courts is still being discussed in the Colorado General Assembly or state legislature. The recently proposed HB19-1146 or 'Tandem DUI Per Se' bill looks to add a new traffic offense and further legally redefine the threshold for the 'presumption that a driver is under the influence of marijuana'. Parents, grandparents, and caretakers should be diligently aware and updated on any legislative changes surrounding recreational marijuana in Colorado, and ultimately how such changes may have an impact on their lifestyle and any family law court cases they are involved in for child custody.

Anyone charged with a DUI offense would be wise to consult with an experienced criminal or DUI attorney in order to minimize the impact of such a charge. If that person is also a parent who is either going through a divorce or subject to orders determining their parental responsibilities, then they should certainly consult with an experienced family law attorney as well.

If you have any questions about DUI charges that can affect child custody and parenting time, please contact us now!

Parenting - Drug/Alcohol Testing: What Type of Test Should I Require?