It is easy to rack up debt in a marriage. Colorado is ranked 8th among all states in the country for the highest average debt. Between getting new cars, buying a house, finishing off student loans and credit card habits you might end up with a lot of debt when you file for divorce. The last thing you want is to walk away from a divorce paying for your spouse's bad choices. It is important to understand Colorado's laws and how you can avoid getting crushed by unfair debts.

How Is Debt Divided in Divorce? 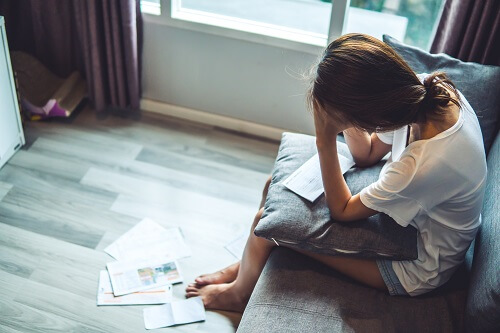 Debt acquired during a marriage is considered marital property, which means that debt is divided fairly in a divorce. In Colorado, marital debt is divided fairly between you both, just like your assets. Marital debt can include vehicle loans, mortgage, and credit card debt. It does not matter whose name is on the card or the deed, the debt is considered the responsibility of both spouses. Unfortunately, oftentimes couples are so much more focused on the division of assets that they simply overlook the division of debt. This can lead to additional stress and complications during an already stressful time.

The reasoning behind this rule is that if one spouse is using a credit card under their name then the purchases may still benefit you both. Your spouse might spend a lot of money at Target but you will benefit from the items they bring home such as food or cleaning supplies. Although usually beneficial, this rule can cause a lot of hardship for one person if the other spends irresponsibly.

Some people might never even know about their spouse's lavish spending habits until they look closely at finances during a divorce. That is why it is not only important to understand your finances before filing for divorce, but hopefully to be aware of your finances and financial situation during the marriage.

Student loans are a more difficult topic because Colorado law doesn't specify how to divide it. Some courts will assume that any loans acquired by a person before marriage is their individual debt. At other times they might state that both spouses benefitted from the student loans because one spouse was able to get a high paying job which supported the family. In those cases the loans could be divided between you both. Most student loan debt acquired during a marriage will be divided fairly.

How to avoid debt that is not your own

● Your spouse was spending recklessly: If your spouse was using credit cards for personal vacations, designer clothing and secret high spending habits then you could argue that the debt should not be yours to carry.

● The debt was incurred before marriage: Just like assets, debt is assigned as the owner's responsibility if they acquired it before marriage. If they have a lot of credit card or car loan debt before you were legally married then you do not have to pay for it.

If you are facing complicated debt in a divorce then it is best to contact an attorney who is experienced in divorce. They can help build a strong defense to protect you against unwanted debts.

If you have any questions about debt and divorce, contact us now!

What Is Considered Income in Terms of Child Support Guidelines?